Keeping in line with our previous posts, we wanted to share some interesting facts about buckwheat, which, as you know, is an integral part of some of our recipes. Buckwheat, botanically speaking, is classified as a dicotyledonious plant and belongs to the polygonaceae family, and therefore is quite different from the gramineae grass family. It is actually classified as a fruit rather than a grain and more closely related to rhubarb and sorrel.

The Eurasian genus is referred to as Fagopyrum and the North American enus as Erigonum. The most common crop plant used today is Fagopyrum esculentum. Despite its name and the grain-like use, buckwheat is not a ceral, or grass. It is called a pseudo-cereal and not at all related to wheat. 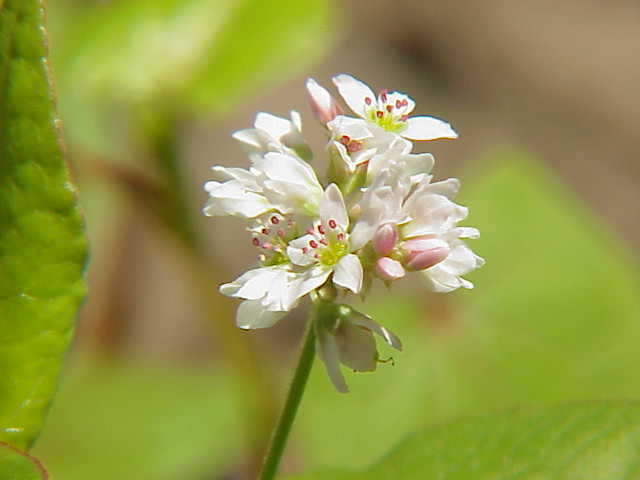 The etymological origin of the name “buckwheat,” also known as “beech wheat” comes from its triangular, teardrop-shaped seeds, with a dark brown hull. These somewhat resemble the much larger seeds of the beech nut from the beech tree.

It is estimated that buckwheat was domesticated and cultivated around 6,000 BC in Southeast Asia, spreading to Central Asia and Tibet, and from there to the Middle East and Europe. References to buckwheat have been documented in Europe in the Balkan region in the Middle Neolithic period, around 4,000 BC. The oldest known remains in China date back to ca. 2,600 BC. Buckwheat pollen has been found in Japan as far back as 4,000 BC.

It is being cultivated in the world’s highest elevations, namely in Yunnan, on the edge of the Tibetan Plateau. It is also one of the earliest crops introduced by Europeans to North America.

Buckwheat is known as a short season crop that does well on well-drained low fertility, or even acidic soils. However, in hot climates, it can only be grown by sowing late in the season, so that it will bloom in cooler weather. The presence of pollinators is essential to help increase the yield.

In the Northeastern U.S., buckwheat was a common crop in the 18th and 19th centuries. However, cultivation declined sharply in the 20th century, due to the use of nitrogen fertilizer used in the agricultural production of maize and wheat. By 1918, over 1 million acres were harvested, but by 1954, that had declined to 150,000 acres, and in 1964, the last year that production statistics were gathered, only 50,000 acres were grown.

The two major producers of buckwheat products in the U.S. are Minn-Dak Growers of North Dakota and Birkett Mills of New York. Minn-Dak has the largest dedicated buckwheat milling facility of North America, exporting 95% as a raw product. Birkett Mills buckwheat flour is sold under the Pocono brand name. Other notable buckwheat mills include Bob’s Red Mill in Orgeon, Arrowhead Mills in New York, and Bouchard Family Farm in Maine. You can learn more about these at this link.

Buckwheat is a highly nutritious food and is known to be high in essential amino acids, such as lysine, threonine, tryptophan, as well as the sulphur containing amino acids. It is also rich in minerals such as iron, zinc and selenium. Its purported starch content is 25% amylose and 75% amylopectin. For detailed information check out  The George Mateljan Foundation for the World’s Healthiest Foods by clicking here.

Buckwheat has been given a special status in festivals and celebrations throughout the world. Kingwood, West Virginia, for example, holds an annual Buckwheat Festival. Learn more about it here and also about the Preston County buckwheat festival website by clicking here.

Buckwheat noodles are widely used in the cuisine of Japan (soba) as well as Korea (guksu) and Italy (pizzocheri). Buckwheat groats are commonly used in Western Asia and Eastern Europe. The groats are roasted and then cooked with a broth. Recipes using buckwheat groats have been brought to the U.S. by Polish and Russian immigrants who called it “kasha” and used it to make “knishes” and “blintzes.”

Porridge is also made from buckwheat groats and the very popular buckwheat pancakes are eaten in many countries. They are known as “blinis” in Russia, “galettes” in France, “ployes” in Acadia (Quebec) and “bouketes” in Belgium. Korea is known for a cold buckwheat noodle soup called “Naengmyeon.”

For those of you who enjoy a cold glass of beer, gluten free beer is now being produced, using both sorghum and buckwheat.

Buckwheat is also used for specialty fillings in pillows. Please check out further references at this link.

And finally, as promised, here is the recipe for Gluten Free Carrot Cake Cupcakes. They are truly delicious, and we promise, you won’t miss the gluten varieties one bit. You will need:

Ingredients for the cupcakes:

Mix together all of the dry ingredients – spices, flour, guar gum, sucanat, and shredded coconut. Add the oil, coconut milk, eggs, vanilla, and honey, making sure everything is blended well. Finally, mix in the grated carrots and raisins until they are evenly incorporated into the batter.

Pour the batter by spoonfuls into pre-lined muffin tins. Bake the cupcakes for 30 minutes, or until a skewer inserted into the middle comes out clean, and the cupcakes are golden brown in color. 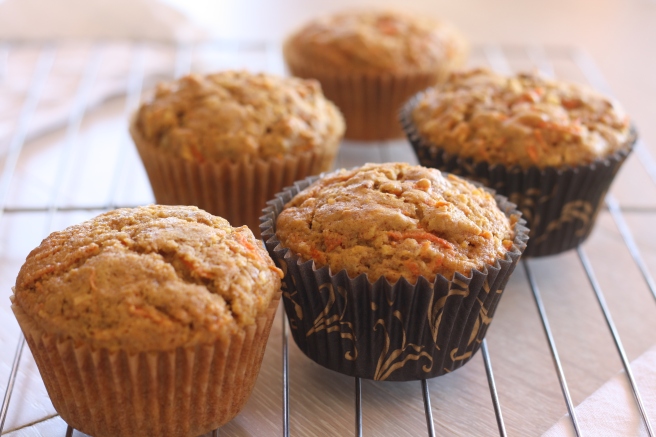 Remove and let cool. Once cool, prepare the topping.

To make the topping, combine cream cheese, honey and coconut milk until smooth and creamy.

With a spatula,  spread one to two teaspoons of the topping on to each cupcake. As a finishing touch, you might want to sprinkle a small amount of your favorite gluten free granola, or streusel on top.

Unlike a lot of other gluten free creations that we have been introduced to over time, we were amazed to see, that these cupcakes actually developed a classic “muffin hat.” 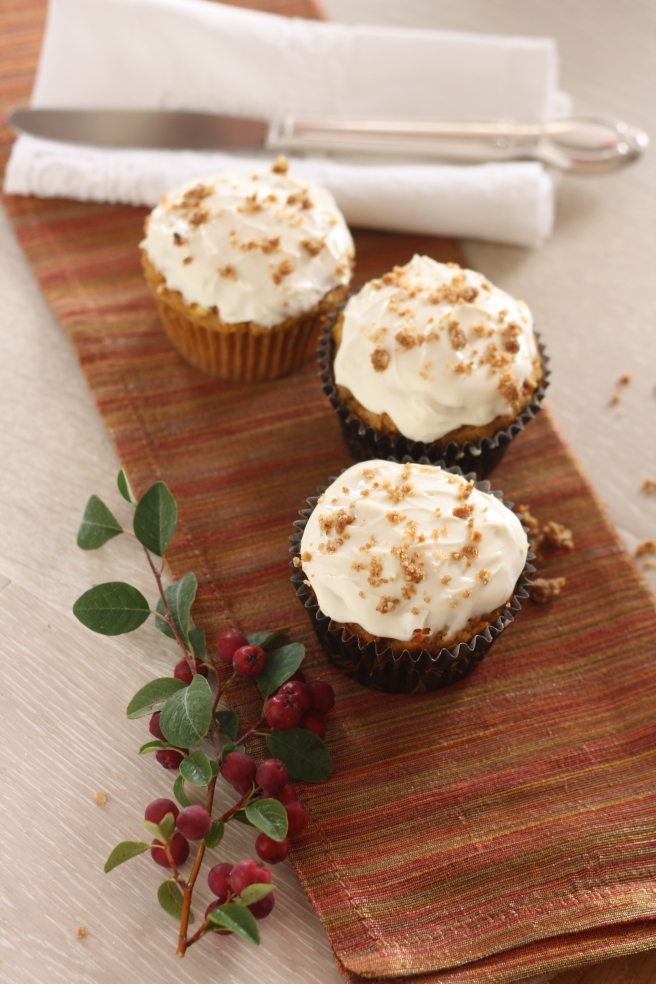 Try the recipe, and tell us what you think. They taste as good,  if not better (in our humble opinion) than almost any traditional carrot cake we tried.